The program will be composed by regular, special and poster sessions, and workshops. Furthermore, plenary lectures will be given by well-known scientists in the field of NeuroRehabilitation. The program will aim at enriching the knowledge of the participants, widening their point of view on specific topics related to NeuroRehabilitation, and getting in closer contact with experts in this field. 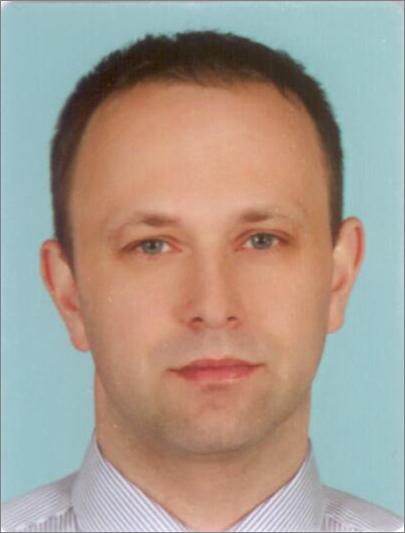 Abstract:In the recent two decades, methodologies for non-invasive surface electromyographic (sEMG) recordings of skeletal muscles and analysis of these recordings substantially improved our understanding of human motor system and human-machine interaction. They opened new ways to objective assessment of muscle synergies, robot-assisted rehabilitation, intuitive prosthetics, and objective assessment and tracking of various pathologies. However, assessment of muscle excitation out of sEMG recordings is frequently non-trivial as sEMG often reflects commands from central nervous system (CNS) as well as anatomical properties and geometric changes of recorded skeletal muscles. Discrimination of these factors requires advanced sEMG decomposition either into individual motor unit spike trains or into their cumulative spike train, removing motor unit action potentials (MUAPs) from sEMG recordings. Several sEMG decomposition techniques have been proposed in the past and in this talk we will review their properties in terms of methodological assumptions, muscle excitation assessment errors and experimental costs. We will systematically compare multichannel and single channel sEMG analysis and sEMG decomposition methodologies, such as independent component analysis (ICA), non-negative matrix factorisation (NMF), recently introduced cumulative activity index (CAI) and others. We will also outline the advantages and methodological limitations of these techniques in various rehabilitation applications, especially in rehabilitation after stroke.

Aleš Holobar received his BS and PhD degree in Computer Science from the Faculty of Electrical Engineering and Computer Science (FEECS), University of Maribor (UM), Slovenia, in 2000 and 2004, respectively. In 1997, he joined the System Software Laboratory at FEECS, where he was employed as a researcher and teaching assistant. From 2005 to 2009, he was with Laboratory of Engineering of Neuromuscular System and Motor Rehabilitation at Politechnico di Torino, Italy, with support provided by Cassa di Risparmio di Torino and Institute for Scientific Interchange Foundations (from 2005 to 2006), and by a Marie Curie Intra-European Fellowship within the 6th European Community Framework Programme (from 2006 to 2009). In 2009 he returned to FEECS, University of Maribor, were he holds the position of full professor. He is currently the head of the System Software Laboratory and the head of the Institute of Computer Science at FEECS.

His main research interests include digital signal processing, with current activities focused on source separation, human-machine interfaces, biomedical signal processing and rehabilitation engineering. Up to now he co-authored 75 papers in peer reviewed journals, 4 book chapters and more than 100 conference contributions. He has co-organized more than 65 international workshops and seminars on decomposition of compound signals, time-frequency analysis and extraction of information from noninvasively acquired biomedical signals. 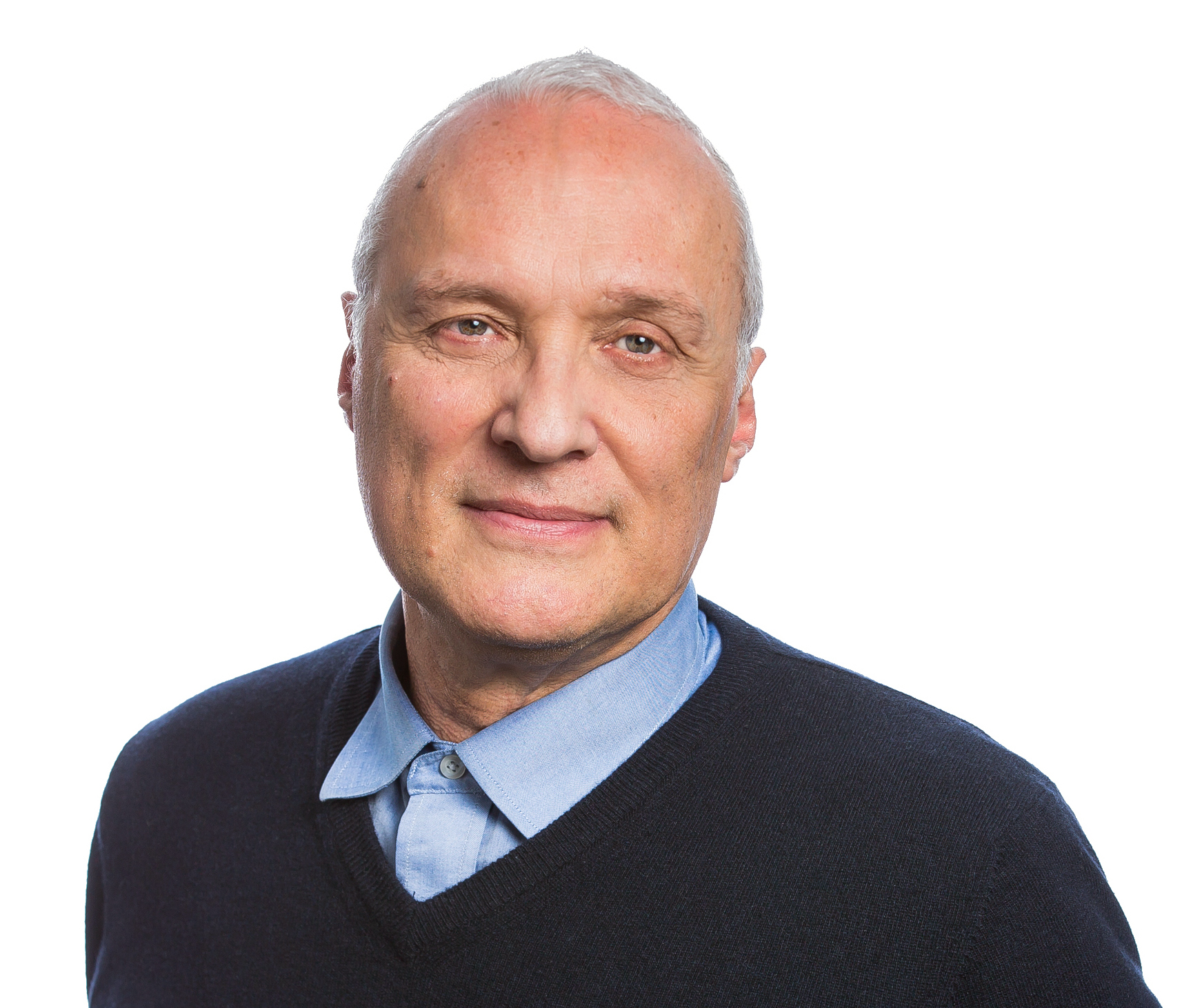 Abstract: A growing body of evidence suggests that when we interact physically with our environments our brains form models of the deterministic connection between our actions and the ensuing sensory information. Theories of motor learning posit that the formation of internal models is a key mechanism though which the brain forms predictions about the outcomes of actions, overcoming certain limitations of the biological feedback system. Consistent with these theories, experiments with human-robot interactions have demonstrated the ability of the brain to capture the difference between random and deterministic forces. After a brief review of some earlier studies, I will focus on a family of human-machine interfaces that create a many-to-one mapping between body motions and movements of an external controlled object. In this context, the user learns to control the external object by forming an inverse model of the interface mapping. I will describe this learning process as a state-based dynamical system and will discuss how machine learning may connect with human learning to facilitate the acquisition of motor skills and their recovery after injury to the nervous system.

Ferdinando (Sandro) Mussa-Ivaldi graduated in Physics from the University of Torino. In 1987 he obtained a PhD in biomedical engineering from the Politecnico of Milano. In 1982 he moved to the United States, to work at MIT in the laboratory of Emilio Bizzi in the Department of Brain and Cognitive Sciences. Although he planned to stay there for a brief training period, he left 11 years later to take a faculty position in Chicago at Northwestern University, where he is currently Professor of Physiology, Physical medicine and Rehabilitation and Biomedical Engineering. He joined the Rehabilitation Institute of Chicago, now the Shirley Ryam Ability Lab, and founded the Robotics Laboratory, dedicated to the study of human motor learning and to the rehabilitation after stroke and spinal cord injury through the interaction with intelligent machines. His areas of interest and expertise include robotics, neurobiology of the sensory-motor system, motor learning and computational neuroscience.

Natalie Mrachacz-Kersting, Ph.D., obtained the M.Ed. degree in Human Movement Science from the University of Western Australia, Perth, Australia, in 1997, and the PhD degree in Biomedical Engineering from Aalborg University, Aalborg, Denmark in 2005. In 2005-2007 she has been a lecturer at the Department of Sport and Exercise Science, The University of Auckland, Auckland, New Zealand and in 2007-2009 an assistant professor in Motor Control at Aalborg University, Aalborg, Denmark. Since 2009 she has worked as associate professor at the Department of Health Science and Technology at Aalborg University, Aalborg, Denmark. There she is the head of two laboratories, the Motor Control Laboratory and the Neuroplasticity Laboratory. Her main research interest is focused on the role of feedback from muscle afferents in both motor control and neural plasticity.

Over the past 30 years, Dr. Wolpaw’s laboratory has developed and used operant conditioning of spinal reflexes as a model for defining the plasticity underlying learning. His group’s recent work shows that reflex conditioning can guide spinal cord plasticity in spinal cord-injured rats and can thereby improve locomotion. Clinical researchers are now finding evidence that such conditioning can improve locomotion in people with partial spinal cord injuries. For the past 20 years, Dr. Wolpaw has also led development of EEG-based brain-computer interface (BCI) technology to provide non-muscular communication and control to people who are paralyzed. Most recently, his group has begun to provide BCI systems to severely disabled people for daily use in their homes. 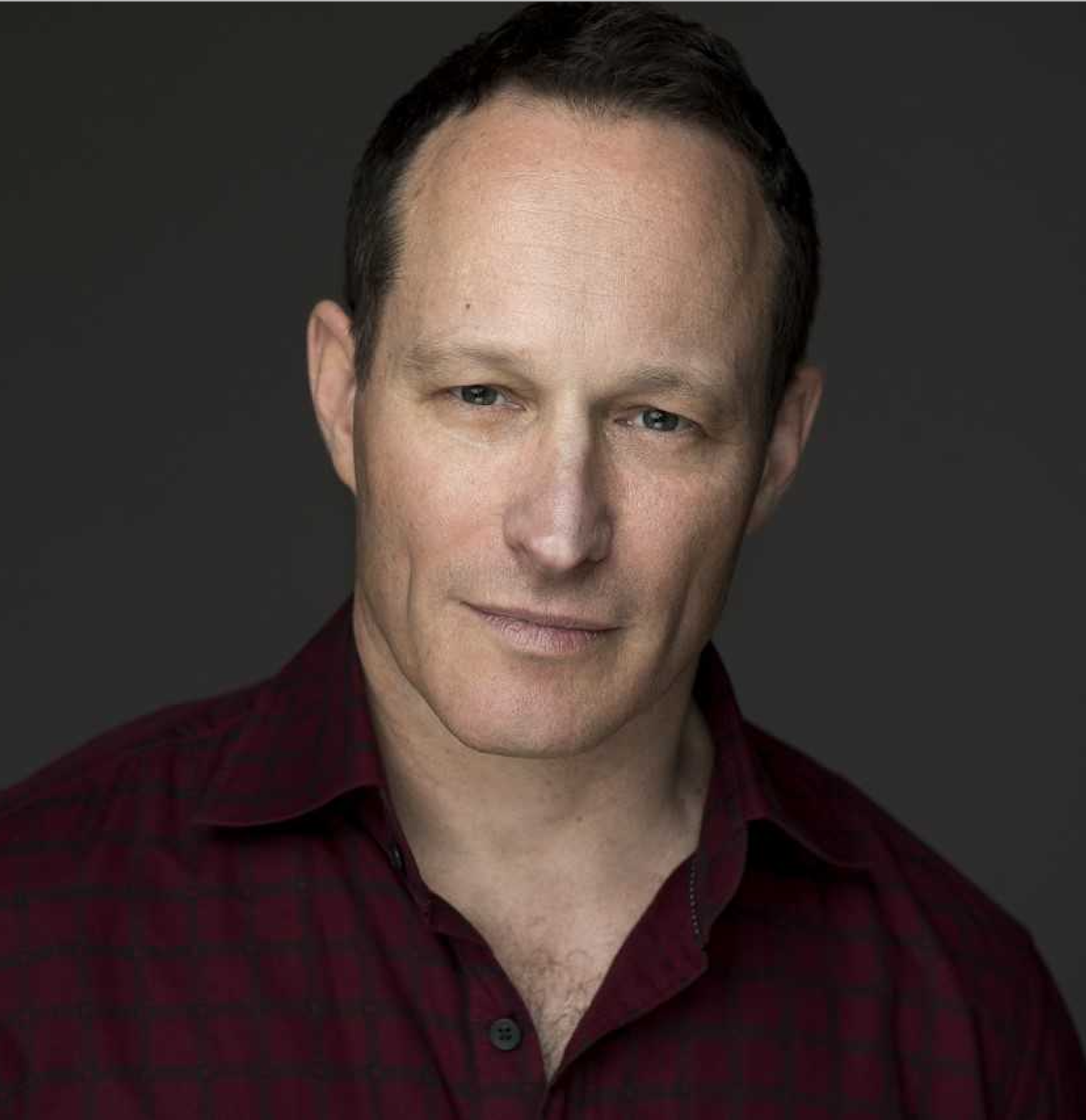 Title: The behavioral and systems neuroscience of upper limb motor recovery after stroke

Abstract:
Why is restoring function in the arm and hand after stroke so hard? Here in attempt answer this question, I will discuss the components of the upper limb hemiparesis phenotype and make the case that we will likely have to target each component differently with respect to intervention. Spontaneous recovery, critical periods and novel interventions will also be discussed.

Dr. Krakauer is currently John C. Malone Professor of Neurology, Neuroscience, and Physical Medicine and Rehabilitation, and Director of the Brain, Learning, Animation, and Movement Lab (www.BLAM-lab.org) at The Johns Hopkins University School of Medicine. He is also an external Professor at the Santa Fe Institute, and holds visiting positions at The Champalimaud Centre for the Unknown in Lisbon and at the Zuckerman Institute at Columbia University in New York.
Dr. Krakauer is also co-founder of the video gaming company MSquare Health, and of the creative engineering Hopkins-based project named the KATA Design Studio. KATA and MSquare are both predicated on the idea that animal movement based on real physics is highly pleasurable and that this pleasure is hugely heightened when the animal movement is under the control of our own movements. A simulated dolphin and other cetaceans developed by KATA has led to a therapeutic game, interfaced with an FDA-approved 3D exoskeletal robot, which led to a recently completed multi-site rehabilitation trial for early stroke recovery. Dr. Krakauer’s book, “Broken Movement: The Neurobiology of Motor Recovery after Stroke” was published by the MIT Press in 2017. 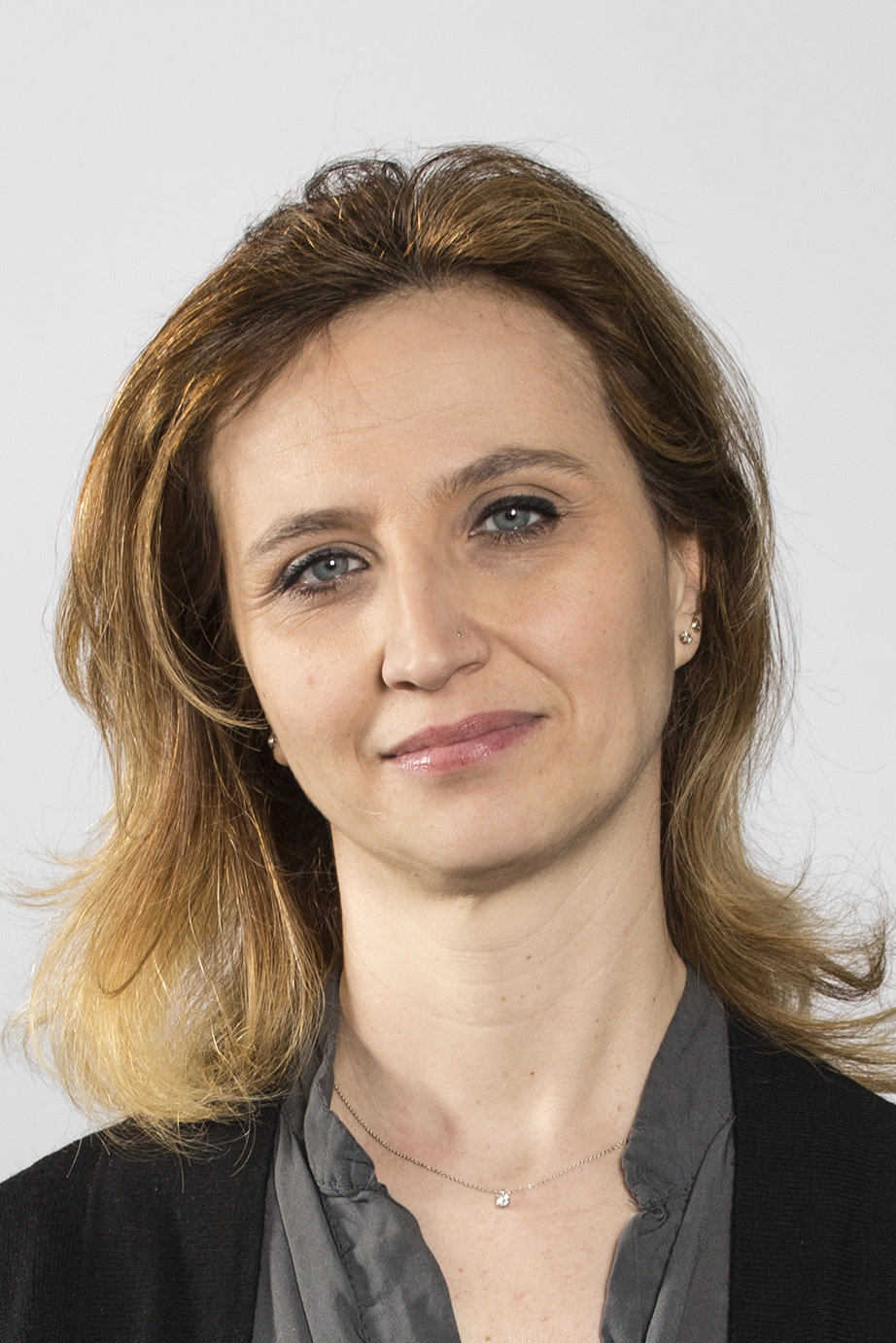 Title: Modular organization of locomotion in human and animal

Abstract: In order to walk we must set into motion the body and the legs using literally hundreds of different muscles. The idea that the CNS may control these complex interactions between muscles by using a small number of elementary commands, also known as muscle synergies, has received considerable attention. We explored this idea by examining this modular organization in three different cases: 1. Evolution of number and type of muscle synergies during the development of walking in children, as it evolves from ‘stepping reflex’ in neonates to independent walking in toddlers. 2. Changes in cortico-synergy coherence accompanying short-term balance training in healthy adults. 3. Synergies-based neuromodulation therapies aimed to stimulate and improve gait quality after spinal cord injury.

Nadia Dominici is an associate professor at the Faculty of Behavioural and Movement Science at Vrije Universiteit of Amsterdam where she works on the interplay between brain and muscular activity underlying independent walking in children, as well as on the biomechanics of human locomotion. After a master diploma in Physics, she obtained a PhD in Neuroscience at the University of Rome “Tor Vergata”, for work on the neurophysiology of locomotor development in children. She has held research positions at the Laboratory of Neuromotor Physiology of the Santa Lucia Foundation in Rome, where she focused on central pattern generation networks and on the development of locomotion in children, and at the Experimental Neurorehabilitation Laboratory at the University of Zürich, and EPFL in Lausanne, where she developed neurorehabilitation techniques to restore walking in animals after spinal cord injuries. She was awarded the Suzanne Klein-Vogelbach -Prize for the Research of Human Movement prize in 2013, and a 5-year NWO (Netherlands Organisation for Scientic Research) Vidi grant in 2015 and a 5-year ERC (European Research Council) Starting Grant in 2016.